Emerson, Swan and Goodyear Was Established
1932 Amidst the heart of the Great Depression, Thomas J. Swan and two business partners establish Emerson, Swan and Goodyear, a manufacturer’s representative business based in Boston, MA.

The Company changes its name to Emerson Swan, Inc.

The 2nd Generation Takes Over
1968 Thomas J Swan, Jr & his brother Joseph E Swan take over the business from their father George Simas Jr., David VanHouten, Parker Wheat and John Williams join Emerson Swan as the class of “76”. All will become future leaders within the Swan Group.

Vent-Rite Valve Corp. is acquired from Barnes and Jones. Vent-Rite manufactures a range of steam vents for the Northeast corridor.

Smith's is founded as a startup manufacturer of kick space heaters in the United Kingdom. Vent-Rite Valve Corp. takes a 40% ownership in this new Venture.

Thomas J Swan Jr. turns over leadership of Emerson Swan to his Brother Joseph E Swan to take the helm at Flexcon.

The acquisition of the Mepco line was made by Vent-Rite Valve Corp. Emerson Swan celebrates its 75th anniversary as one of the leading manufacturer's representatives in the US. Emerson Swan and Taco celebrate their 75th anniversary as partners. Swan attended St Sebastian’s School, Harvard College and the University of Chicago Business School. He began his career at Emerson-Swan on Oct. 21, 1967, after leaving law school in order to assist his ailing father who needed his help in running the family business, manufacturers representative firm Emerson-Swan. Over the years his vision, along with the assistance of his brother, who joined the company two years later, set Emerson-Swan on a transformative and successful path.

His vision, industry knowledge and unique ability to put people together led to the formation of The Swan Group, an international company involved in manufacturing and the distribution of plumbing, heating and well-water products. These companies — Flexcon, GWS, Skidmore, Vent-Rite Valve Corp. and Smith’s — do business in North America, South America, Europe and Asia, including approximately 90 countries.

In addition to his involvement in overseeing the Swan Group as its chairman, Swan sat on many boards, including St Sebastian’s (past chairman), Wianno Club (past president), Board of Electrographic Corp. and Oxy-Dry Corp. He also was a board member of McLean Hospital and a member of the Corporation of Partners Healthcare System. He served on the University Resources Committee and the Advisory Committee on Shareholder Responsibility at Harvard University.

Swan talked frequently to his brother during the last weeks of his life about his associates, customers and manufacturers, and how much he “respected and appreciated” all of the remarkable individuals he worked with during the past 44 years.

His family, friends and associates will miss his leadership, vision, intellect, humor, caring, energy and friendship.

The Swan Group Board Of Directors Is Activated
2011 Global Water Solutions celebrates its 10th anniversary. With distribution facilities in 5 continents, GWS now sells into over 130 countries across the world. 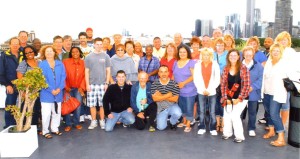 The team at Skidmore Pump and Vent-Rite Valve Corp. celebrate their 25th anniversary together.

The Swan family takes a controlling stake in Smith’s. Flexcon celebrates its 25th Anniversary, as the industry leader in the professional well water channel.

The 3rd Generation Takes Over
2015 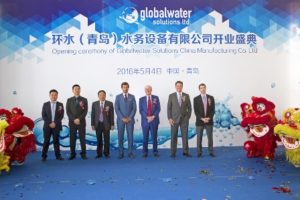 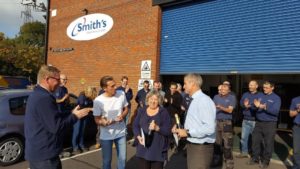 The team at Smith's celebrates 25 years in business. 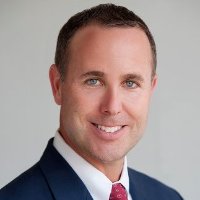 We are pleased to announce that Jeffrey Paul ("JP") La Forest will become the next President of Skidmore. Read more>>> 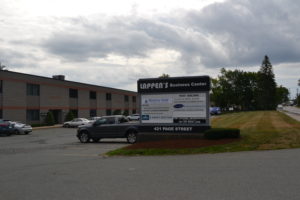